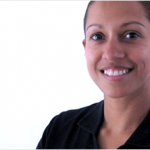 In 2001 Heather was involved in a traumatic car crash where she sustained several severe injuries. Muscular trauma affected half her body, which led to severe dysfunction in her spine and other joints as well as multiple trapped nerves and a 3-year battle against daily headaches and migraines; it was a long list.

A year after the accident, Heather was recommended to see a Cranial Osteopath who not only helped her regain the fluidity in her spine but also suggested she changed industry from working in TV to becoming a personal trainer. As Heather had always been a passionate fitness fanatic, if she couldn’t be active herself, being in the environment could put a smile on her face plus she’d learn about the body from a physiological point of view and understand more about her injuries.

Almost 10 years on, Heather has travelled the world to study under the most elite Therapists, Strength Coaches and Nutritionists in the industry. Each new skill learnt helps to equip her with as many tools in the toolbox as possible that provide the most effective results.